At the time of the Buddha there lived in Savatthi a woman named Sona who had ten children.

She had spent her entire life occupied with the welfare of her children. She had enjoyed nursing them, feeding them, educating them and when they were older, finding suitable partners for them. Her whole life centred around her children and soon she was known as ‘Sona with many children’.

Sona’s husband was a lay devotee of the Buddha.

As his children were all married and his responsibilities reduced, he spent more and more time studying and practising the Dhamma. Before long he was totaly inspired by the Teachings. He decided to join the Holy Order. It was not easy for Sona to accept this decision, but instead of holding him back she decided that she too would lead a more religious life. With this in mind she divided up her wealth and land among her children and asked them to support her by providing her with the bare necessities of life. She then spent her time in religious activities as a lay devotee of the Buddha.

For some time all went well. Then, one by one, her children and their spouses began to feel that she was a burden to them. They had never really accepted their father’s decision to join the Noble Order and they resented supporting their mother who was now spending most of her time in religious devotion.

Forgetting how much she had done for them, they started quarrelling amongst thenselves on an equitable division of her support and care. They all felt that it had been an unfair arrangement in which each of them had to bear an unfair so much became a nuisance and a burden.

This ungrateful treatment caused great suffering to Sona, who had sacrificed her entire life for her children. She became bitter and angry. She had expected her children to support her in her old age as was the custom in India. Having distributed her wealth among them she had no means to support herself. Disillusioned, she decided to seek solace from the Buddha. After listening to one of the Buddha’s nuns, Sona began to analyze her feelings and disappointment in her children. Had she sacrificed her life for them and nurtured them selflessly or had she done it with expectation of return? Had she given unconditional love to her children? How did her feelings compare with the compassion and loving-kindness the Buddha advocated?

Sona decided to join the Buddha’s order of nuns to practise and develop selfless love and virtues. Following her husband’s path, she became a nun. Before long, however, Sona realized that she had taken her old habits with her into the order. She was an old woman who was set in her ways. Joining the order had not changed her as a person. Often she was a target for criticism by younger nuns as she had difficulties in changing her ways.

Sona realized that attaining spiritual purity was no easy task. Sona began to practise mindfulness and self-observation in earnest. She had to be aware of her emotions and weaknesses and discipline her mind.

Because she had entered the order in her latter years Sona knew that she had to work with effort.

She practised meditation with urgency, often passing the entire night in sitting and walking meditation. So as not to disturb others, she started to meditate in the lower hall in the dark by guiding herself with the pillars. Before long her determination and effort resulted in Sona attaining Arahanthship.

She describes her attainment in her own words:

“Then the other Bhikkhunis
Left me alone in the convent.
They had given me instructions
To boil a cauldron of water.
Having fetched the water
I poured it into the cauldron.
I put the cauldron on the stove and sat,
Then my mind became composed.
I saw the aggregates as impermanent,
I saw them as suffering and not self.
Having expelled all cankers from my heart,
Right there I attained Arahanthship.”

🌷 When the other nuns retuned they asked Sona for the hot water and she realized that she had not as yet boiled it. Using the supernormal powers that she now possessed and the fire element Sona heated the water and offered it to the nuns, who reported her extraordinary feat to the Buddha.

The Buddha declared Sona as foremost among the nuns who put forth great effort and praised her effort and attainment by saying:

“Though one should live a hundred years As a lazy, sluggish person, Better it is to live a single day Firmly arousing one’s energy.”

🌷Sona describes her life in the Therigatha as follows:

“I bore ten children in this body,
In this physical frame of mine.
Then when I was old and frail,
I went up to a Bhikkhuni.

She gave me a discourse on the Teaching,
On the aggregates, sense bases, elements.
Having heard the Dhamma discourses from her, I shaved my hair and then went forth.
Whilst still a probationer,
I purified the divine eye.
Now I know my past abodes,
Where it is that I lived before.
With one-pointed mind well composed,
I developed the sinless state.
Immediately I was released,
Quenched with the end of clinging.
The five aggregates are well understood,
They stand cut off at the root.
Fie on you, O wretched aging,
Now there is no more re-becoming.”

Her Aspiration and Good Deeds

At the time of the Buddha Padumuttara, it seems, she was conceived in a good family home in Haṁsavatī. Later, while listening to the Dhamma and seeing the Teacher place a certain nun as being foremost amongst those who were energetic, she did a great deed and aspired for that position herself.

She was reborn amongst gods and humans only for one hundred thousand aeons.

When this Gotama Buddha arose she was conceived in a good family home in Sāvatthī.

From thence onwards, thinking: ‘What can she do for us?’ when she came into their presence, they did not even designate her as ‘Mother.’

And Many-Children Soṇā, understanding their lack of respect towards herself, thinking: ‘What will I do dwelling in a house,’ renounced and went forth.

Then the nuns, thinking: ‘She does not know the minor duties, she behaves improperly,’ gave her punishment.

Her sons and daughters saw her being punished, and thinking: ‘Till this very day she does not know the training rules,’ and they ridiculed her on the spot wherever she was seen.

There are in this body:

And just as formerly she had been known as Many-Children Soṇā, so later she became well known as the Elder Nun Energetic Soṇā.

Then one day as the nuns were going to the monks‘ monastery, after saying: ‘Heat some water for the Community of Nuns, Soṇā,’ they departed.

Before the water was heated in the fire house, while reciting the Thirty-Two Fold Nature as she was walking in meditation, she developed insight.

The Teacher, while sitting in the Fragrant Cottage appeared to her and recited this illustrious verse:

She attained Liberation at the conclusion of the verse, and thought: ‘I have attained Liberation, but when they return, without considering, they will speak dispraise of me, and will accumulate much demerit, therefore it is fitting to do something as a sign.’

She placed the water pot over the fire-place, but she didn’t make the fire underneath.

After the nuns had returned, seeing the fire-place, but not seeing a fire, they said: “We told this old lady: ‘Heat the water for the Community of Nuns,’ but today she did not make the fire in the fire-place.”

“Noble Ladies, why do you need fire? If you like to bathe with hot water, take water from the pot and bathe.”

They, thinking: ‘There will be a reason here,’ went and put their hand into the water, and understanding it was heated, brought a water pot and took the water, and as they took from it in that place it refilled.

Then they all understood she was established in Liberation, and those who were junior fell at her feet in the five-fold prostration, saying: “Noble Lady, for so long we disregarded you, injured and spoke injuriously, please forgive us,” and they asked for forgiveness.

The seniors, having squatted down, said: “Noble Lady, forgive us,” and asked for forgiveness.

From then on, though she had gone forth in old age, they said: “She has been established in the highest fruit in no long time through being energetic,” and the virtue of the Elder Nun became well-known.

Later, after the Teacher had sat down in Jeta’s Wood, as he was assigning the places of the nuns in order, he placed the Elder Nun Soṇā in the foremost position amongst those who were energetic.

“This is the foremost of my nun disciples, monastics, amongst those who are energetic, that is to say, Soṇā.” 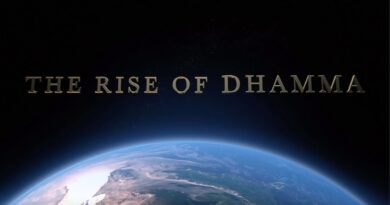